Big Rivers up for Grabs on Friday Night Rugby 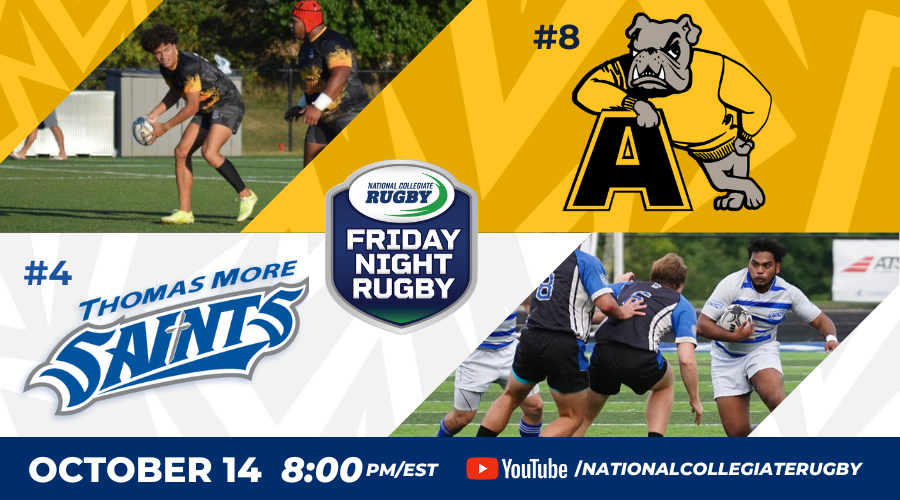 The battle for Big Rivers Conference supremacy takes center stage on the third installment of Friday Night Rugby, with fourth-ranked Thomas More (4-0) hosting No. 8 Adrian (4-1) in Crestview Hills, Kentucky. Both enter the contest a perfect 3-0 in league play.

The only other meeting between the Saints and Bulldogs was last year’s Division II national championship game at Houston’s AVEVA Stadium, which Thomas More won in dramatic fashion, 21-17. Since, both programs have elevated to Division I, joining the upstart Big Rivers Conference, the first men’s league in the country to exclusively feature varsity, scholarship-offering programs.

Point differential and comparative scores between like opponents this fall indicate the first Division I clash will be just as competitive as the instant classic in Division II. Both Thomas More and Adrian bested Iowa Central and Aquinas by multiple scores, though the Bulldogs won by 12 and 10 more points, respectively. Whoever has more points at full-time Friday will find themselves in the driver’s seat to claim the inaugural Big Rivers title, as Adrian and Thomas More are the only teams above .500 midway through the season.

The Bulldogs are entering just their second season as a program, so virtually everyone from the DII title game is back, including senior wing MacGregor Adams and sophomore fullback Sam Williams, both All-Americans last season. Also returning is dynamite center Petelo Vatuvei, who is equally elusive as he is abrasive in contact, and powerful prop Michael Pakofe.

Sophomore center Apenisa Sailo has been a standout for the Bulldogs on defense this year, and his consistency and composure with the ball in hand will be relied on heavily against the Saints. Sophomore Matagi Fa’avale has been another key player for Adrian, scoring two crucial tries in a win against Marian while being a consistent tackler all season.

Thomas More features a pair of players selected in the Major League Rugby Draft in August; flyhalf Matias Caramuti and No. 8 Tomas Casares. Both will boot up against the Bulldogs Friday before joining their new pro teams at semester’s end. Also returning for Thomas More is outgoing All-American prop Hudson Montgomery, whose work in the scrum was a major catalyst for the Saints’ DII title run.

While Thomas More lost its entire back three from last year’s national championship game, the cupboard is far from bare, with rapid freshmen Tsheppo Moselane and Rafael O’Gorman stepping in to fill the void out wide. Another first year to look out for is South African hooker McEwan Potgieter, a menace in the breakdown. 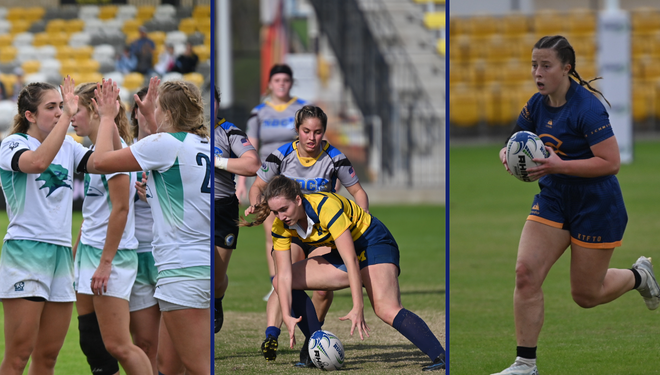 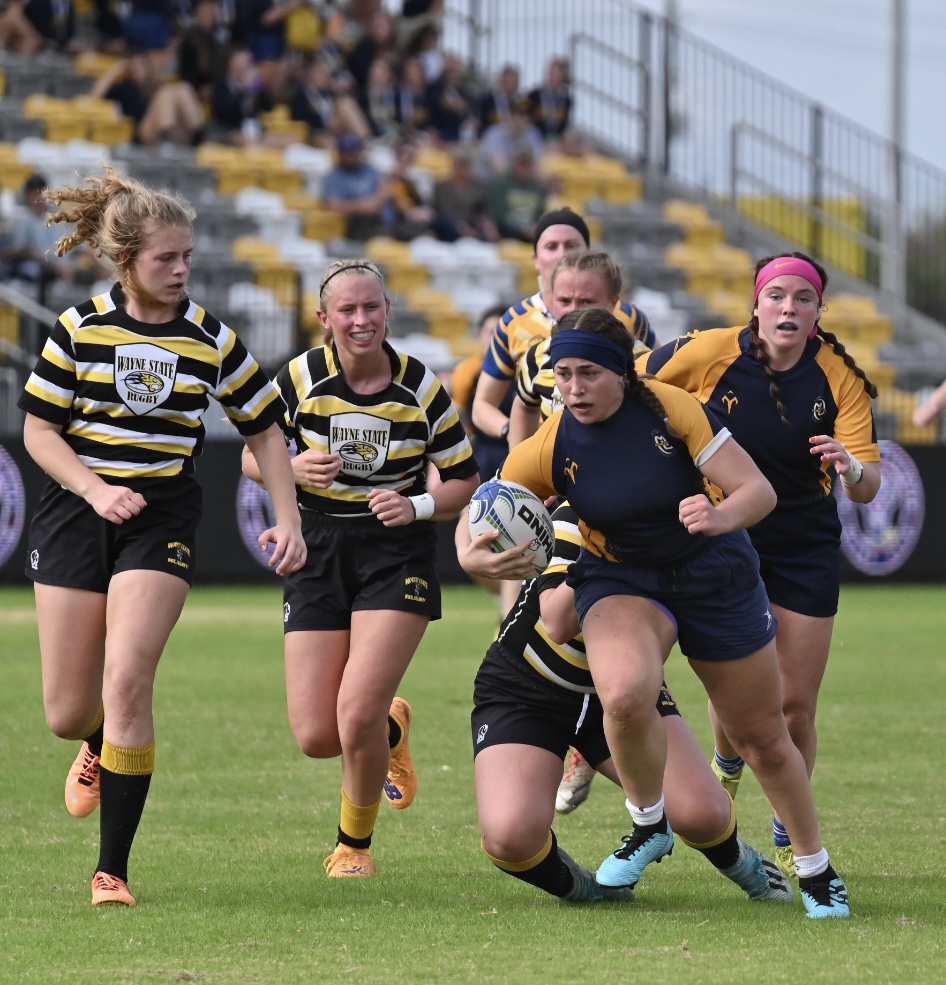 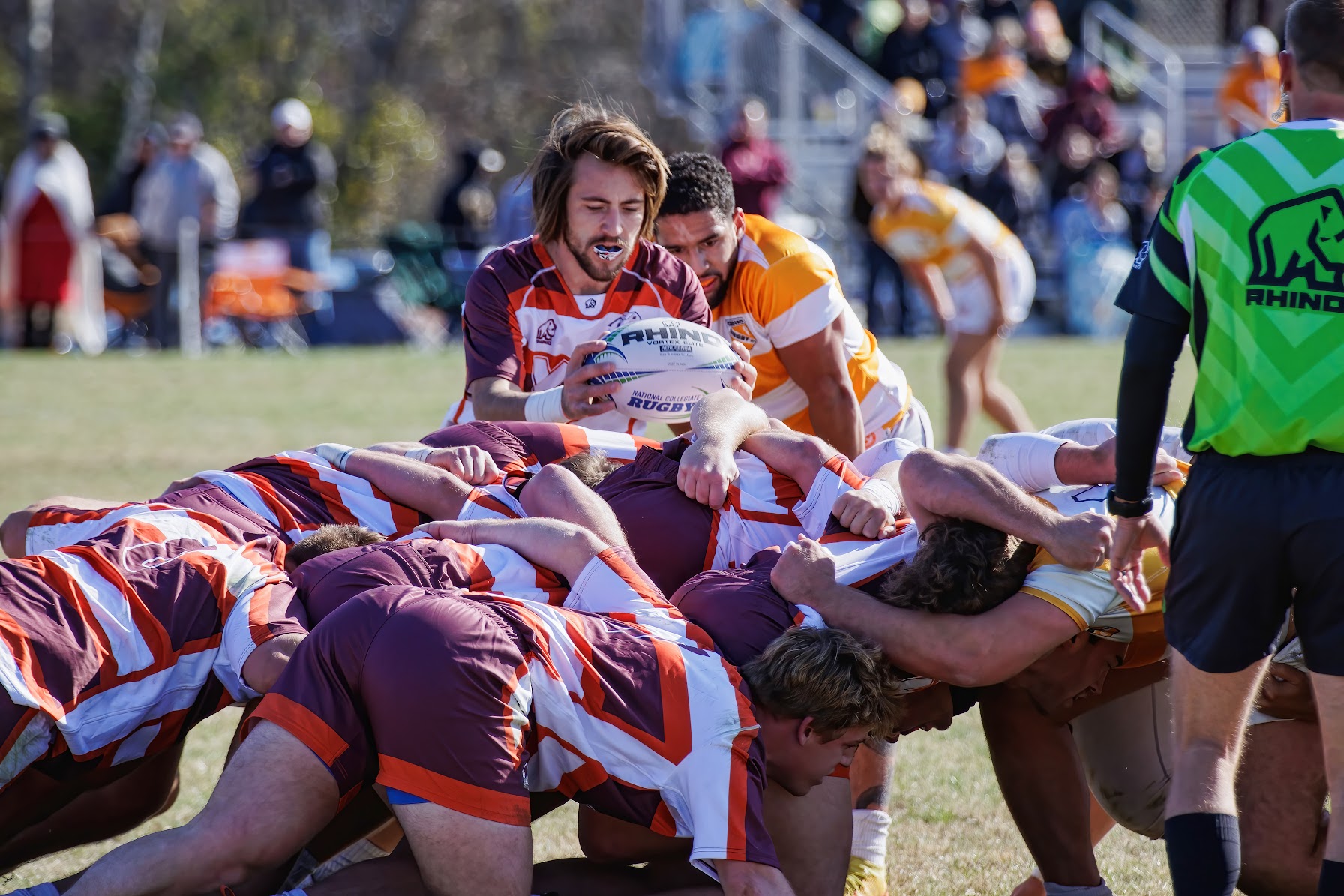